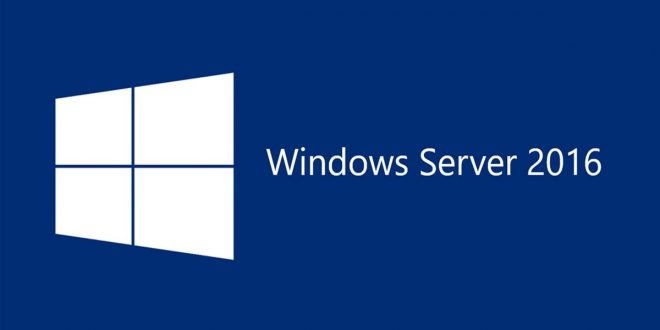 Windows Server 2016 is considered as potentially able to turn out to be a best-seller among IT experts, users, as well as companies. It was designed at the same time as Windows 10. The experienced team in Windows Server developer work together with the teams in Azure and System Center to build a strong network. This collaboration resulted in a perfect Microsoft experience all the way through. It connects recognizable tools like virtualization with recent structure model such as cloud-based services and active directory.

The Summary to Windows Server 2016

As an upgrade to the previous Windows Server 2012 R2, the Windows Server 2016 is the current server line up within the OS. It involves many updated features to the main basis such as improved safety capacities and identity management. This is to make sure the utmost reliability of the available data and access to it from beginning to end. It can be performed despite the placement of the storage.

This new update will affect the companies that depend on the services from Microsoft. The IT professionals who have responsibility to manage this system are also affected by it. Released in October 2016, this is the final development of the software succession. This software can be purchased and downloaded openly from the official website and global resellers.

The aspiration that Microsoft have when developing Windows Server 2016 is to incorporate home resources with cloud system. The goal is to present a better scale of convenience over diverse computing systems while maintain users and companies’ productivity. It involves some vital changes to the main system of operation. There are a lot of new features in order to ensure the safety of Microsoft’s developments and the used data.

In this new update, the Nano Server needs a remote administration. 64-bits apps are the ones that can be supported by it. The optimization is used best in data clouds and operating web services. The Windows containers let the users to do virtualization based on the operating system. The other updates include the active directory domain or federation services, hyper-v, Windows defender, storage spaces direct, and PowerShell 5.0.

As well as the innovative features, the method in installing is customized. The core server editions of the operating system are already installed by default. The core was first released since Windows Server 2008. It brings up a consolidation of the operating system. This means the server is developed by taking away the GUI along with any needless non-compulsory installations.

Microsoft has been reconstructing much fundamental operating system as much as the Windows 10 development. Windows Server 2016 corresponds to the result of some values. They break down the principles into the key component of the operating system and many more aspects. They’re inspired to take us to the future of technology with no need to dispose of the current existing tools.