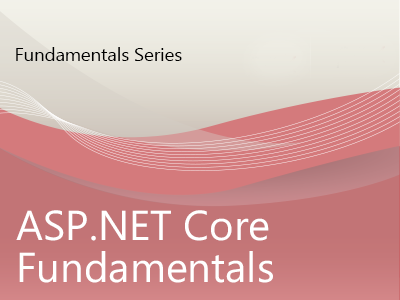 Within the infrastructure of ASP.NET, the next release is Microsoft’s Asp.Net Core. Completely rewriting the framework on hand, it becomes an innovative way to web apps development with web stack of Microsoft. It develops with the framework of .NET as well as the autonomous .NET Core. This is a new generation of develop apps. At first, it was named with ASP.NET but then finalized with ASP.NET Core. Let us look into the specs of ASP.NET Core and its fundamentals.

The initial structure of ASP.NET was created to upgrade new web development in view of the expertise of developers and its frameworks. Before WebForms usage, ASP was utilized for building web apps in Microsoft stack. At the same time, developers are more familiar to desktop or Windows model. As a result, by developing WebForms it brings a great advancement for years.

Gradually, web stack of open sources turned into a focal point by releasing a lot of easier and lighter frameworks. That was when developers slowly left WebForms because the open source stack can perform better than the ASP.NET. The open source model-view-controller (MVC) called Ruby on Rails has made more straightforward web apps development.

Moreover, Java is also featuring Spring MVC to counterpart ASP.NET WebForms. To respond to this new development, Microsoft released ASP.NET MVC that followed the new outlines. It had a great UI and Business logic partition to what is deficient in WebForms. Released as an open source, developers then had the option of source code view and other customizations.

Because ASP.NET MVC was developed over System.Web, it created another issues. This is when open web interface for .NET (OWIN) development took place. To sustain the community of developers, Microsoft then developed an OWIN implementation for ASP.NET function. This new advance is called ASP.NET vNext and supported by OWIN. Later, the name was changed into ASP.NET 5.0 and then confirmed with the final name of ASP.NET Core.

This modular framework offers the community to plug-in option of the necessary modules only rather than the System.Web channel. ASP.NET Core is completely an open source that adds an improved OWIN implementation. For optimizing ASP.NET application in cloud, it works on either the framework of.NET or .NET Core.

Microsofct had access the market of open source by releasing ASP.NET MVC. This release is the one that completely alter their game. With the modern upgrade of ASP.NET Core, it accommodates all the best open source practices for the community. The modularity of ASP.NET Core allows developers to utilize the only needed features to improve the entire performance.

Both Linux OS and Mac can be used for apps building with Visual Studio Code. The template of ASP.NET Core project adds Kestrel as the up to date inter-platform web server. With ASP.NET Core, the entire stationary files are stored in a particular root folder. On the host, it acts as an app root in support of its safety.

Nonetheless, there are features that are currently supported while some are not. It supports Web API and model-view-controller but not WebForms. SignalR and Entity Framework Core are supported. But ASP.NET doesn’t support WCF, VB.NET, or Work Flow.