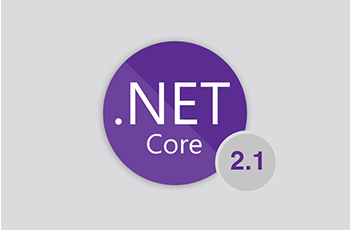 When it comes to build web applications and services, what framework you usually use? ASP.NET has been referred as a favorite framework, but it is only available for Windows—at least few years ago. Recently, Microsoft as the developer of the framework considers creating an open-source framework which can be used for other platforms than Windows. As results, ASP.NET Core 21 was introduced and it got positive response as expected. ASP.NET Core 21 is a high performance, cross-platform framework that can be used to build modern web applications. It allows you to build web applications and services, use development tools on Mac, Linux, and Windows, or run the apps on .NET.

The cross-platform framework has been introduced few years ago. ASP.NET Core 21 is the latest version which offers several changes. But before discussing about the improvements, you would better know the benefits of using ASP.NET. For your information, millions of web app developers have been using ASP.NET Core to build web apps. It means there is something special offered by this framework. The benefits of ASP.NET framework includes open source, unified story, ability to host on Apache, IIS, Nginx, even self-host.

The cross-platform framework also allows you to enjoy built-in dependency injection, cloud-ready configuration system, as well as simplified web development. With those benefits, developers are able to create sophisticated and versatile web applications and services. As ASP.NET Core 21 has been released, you should know significant changes that it brings. Here are the improvements to find out:

ASP.NET Core 21 comes with SignalR which has been rewritten. The framework’s SignalR undergoes several improvements including simplified scale-out model, custom protocol support, new model of streaming response, clients based support, new JavaScript clients, and new binary protocol which is based on MessagePack.

The second improvement of ASP.NET Core 21 also includes Razor-based UI and ability to share across multiple projects. The new Razor enables you to build Razor files into class library project. This can be packaged into the so called NuGet package. The pages and views in the library can be discovered by the application.

In this new ASP.NET Core, you can also find Core Identity which allows you to apply new identity scaffolder. It helps add the source code selectively that can be found in the RCL. With this change, you can also generate source code to modify as well as change the behavior.

ASP.NET Core 21 includes improvement that allows you to use HTTPS easier in development. You can also configure the HTTPS in production. You should know that enabling HTTPS is essential for web application. A site without HTTPS is considered insecure, so its existence is important for security reason.

In a nut shell, ASP.NET Core 21 is a result of technology development, particularly in web applications and services. There are few numbers of improvements included into the new version of ASP.NET. The cross-platform and open-source framework offers easier use for developers.

Start your online business with our hosting services that support ASP.NET Core 2.1. We have Cloud Hosting packages or basic Windows Hosting packs. This will ensure your success in internet marketing and receive more income.