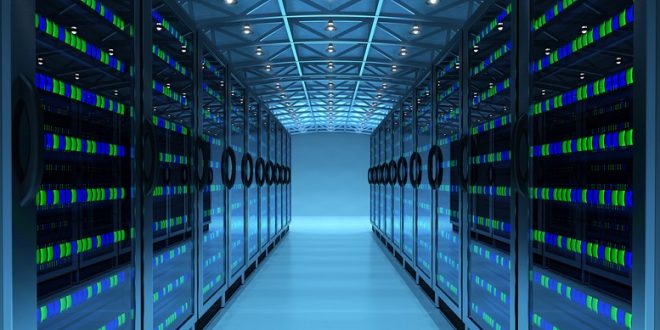 Virtual server and storage are not new technology, even cloud computing starts to gain more popularity. Server tends to have hardware, while administrator manages to allocate storage and data usage. New technology emerges to create advanced virtual server. It is called Software-Defined Datacenter. Microsoft launched Windows Server to support this tech. In general, you can create server without worrying about hardware side. It is more than allocate certain memory and storage for server. You act as real administrator to control database, but you do not have hardware next to you.

Some people said software-defined datacenter is only marketing term for virtual computer. Basic principle is quite similar. In virtual mode, you have computer from provider with the specs based on what you need. However, provider is still the top administrator that controls entire system.

On software-defined mode, you act as the top administrator, but you do not have hardware. To put in simple explanation, you get computer for server and database center that’s still fresh and raw without managed. Therefore, you change this computer to create virtual server for database utilization. This is task for IT professional and only company rely on this type of datacenter.

Virtual storage concept is similar to when you use cloud computing. Company can use cloud system to let employees work at real time from anywhere. Cloud computing is front-end user application. On the other hand, Windows Server works as back-end application. All access and data for cloud computing comes from server. This is where Windows Server takes place as the key server. Server creates storages then divides them into several partitions. Each client has different allocation for storage. Moreover, administrator has flexibility to control amount of storage. When specific network requires more space and memory, the system will expand after obtaining authorization from administrator.

Networking is also in virtual mode. Administrator creates network without the real hardware. You do not have to install wire or cable to connect into system. Moreover, virtual network on software-defined datacenter does not control directly wireless adaptor. Administrator only controls allocation process between server and client-side device.

One of top benefits when using Windows Server Software-defined is security. Malware or virus commonly uses hardware identification for infiltration. On contrary, hardware is not a part of this tech because everything is virtualized. Microsoft also improves security system for new Windows Server. System will detect suspicious activity directly when it comes from unknown network. Administrator focuses to manage traffic to prevent illegal access.

Windows Server is still at the top choice due to many advantages. As you know, this kind of server is compatible with majority of hardware. One issue when choosing server application is compatibility. Majority of people still use Windows-based operating system. They do not have to switch into other networks when accessing datacenter and server. Moreover, this software receives update for security and any part to improve the capability. For example, you can transfer from old server to Windows that will be Software-defined datacenter.