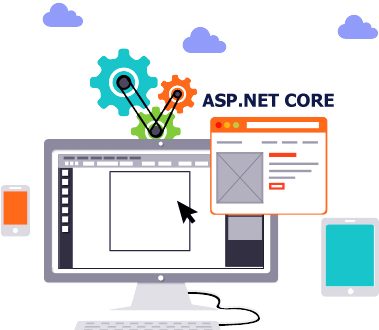 Since .NET Core has been released together with the tools, developers are now questioning what IDE that can be used for applications development. This question is quite difficult because it depends a lot on the related OS of which you currently use to develop. Similar to Windows, you have an alternative if your development equipment runs on MacOS. Given that you are running on MacOS Sierra, Visual Studio Code is the cross-platform choice that you can bring into play.

Begin with its function for editing text, Visual Studio Code offered a comprehensive plug-in system. Along with its new development, the application has turned to be a modular IDE that is supported with diverse languages. Atom and Sublime Text are the two that are usually associated with VS Code for their similarity.

Speaking of the installer, it only includes the essential debugger as well as IDE. You must also to install the .NET Core SDK so that the debugger will be able to connect. A few plug-in should also be installed to make sure that you get the utmost performance with VS Code. This code editor for MacOS provides so many plug-in and extensions that are really competent for editing .NET. It’s also one of the most excellent node.js debugger that capable of handling multiple language jobs.

By using VS Code on MacOS, you must know that it is intended for operating mostly with Xamarin apps. For the whole .NET developments, you will need to use the Mono framework. On the other hand, .NET Core is used for cross-platform development. In this case, both can be used in developing applications based on different operating system in one IDE. The most up-to-date version of VS Studio for Max is available for download from their official website.

Once you have launched the application, you will see the OmniSharp icon at the bottom-right of the screen. This feature is to support the extension for C#. Among web developers that are using ASP.NET Core, Visual Studio Code is quite practical, even if it still requires support for pages or razor views. In regards, there are a lot of available extensions for adding snippets for many different languages, syntax, and all of them are developed on TypeScript as an open source basis.

As VS Code released for MacOS, it includes compatibility for .NET Core along with ASP.NET Core. Similar to the other IDE, its cross-platform feature lets you distribute certain files with VS Code for Windows. This means sharing codes and projects between Mac and Windows can be done easily. This application is ideal for ASP.NET Core to develop web-related project and for Xamarin to develop mobile apps.

Moreover, it’s also best for cloud development and put it out to Seekdotnet.com. As such, if you build an application for mobile in C#, a backend of the ASP.NET Core can be acquired by using VS Code. After that, pushing the app onto mobile and publishing it to Seekdotnet Cloud Server can be done all at once.