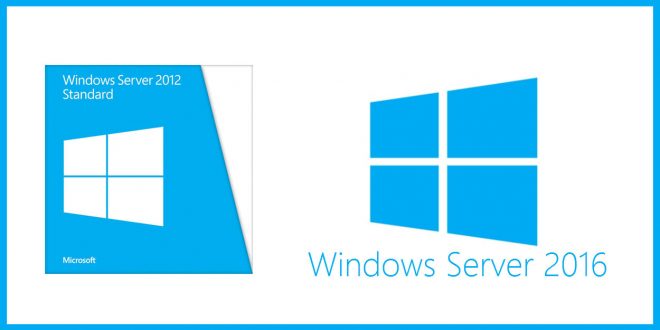 Windows Server is one of popular software to manage server and database. Microsoft has introduced several versions from 2008, 2012, and 2016. Each version has differences due to upgrade for enhancing performance. Nowadays, Windows Server 2012 and 2016 are the most commonly used on database, server, and networking. What are differences between 2016 and 2012? Microsoft released 2012 version because they have seen some flaws in previous version.

Comparison between Windows Server 2016 and 2012

In general, Windows Server is similar to usual operating system, such as Windows 7, 8, and 10. The only difference is capability to handle networking. You need operating system on the main computer when creating database application and client networking. Besides Windows, you may find other server-based system from open source or proprietary developer. However, Windows remain at the top list because of Microsoft support.

Memory support is one of differences between 2016 and 2012. It is divided into two categories, physical and virtual. Physical memory is similar to what you use on PC or laptop, but server will handle entire system as memory. In 2012 and 2012 R2, physical memory support is up to 4 TB. On the other hand, Windows 2016 is capable to handle 24TB in one physical server. From this capacity, new version of Windows Server has capability and capacity six times than previous version. Besides physical memory, virtual memory is also different. Windows Server 2012 only manages 1 TB and 2016 version is capable to handle 12 TB. This difference is very big to indicate that Microsoft starts to implement virtual-based networking.

After memory support, the next section is processor part. When buying computer, you may not consider the monitor, keyboard, and other peripheral as the key element, before memory and processor are already determined. Processor is the key of many computerized device. Server requires the top processor capability and performance to work properly.

Windows Server 2012 has physical support of 320 LPS and 64 VP. On the other side, Windows Server 2016 is capable to support 512 LPS and 240 VPS. The comparison between physical processor may not give the significant differences. However, you cannot ignore 2016 capability to manage virtual machine. It is similar to memory support in order to create reliable machine for virtual network.

Security is the top priority when developing server and database. Microsoft enhances security level on Windows Server 2016. It is able to do Shield and Credential Guard. With more capacity, this software requires more than basic security system. Guard is new system to protect virtual, physical, and networking on Windows Server 2016.

Today, the term of software-defined data center emerges because virtual network and the system is being used. Windows Server 2012 is capable to create virtual networking, but it’s not enough. More computers whether physical or virtual will consume more resources. Using old version is not effective and Windows Server 2016 is introduced to solve this issue. You can manage and gain the control to expand network easily due to vast capacity.