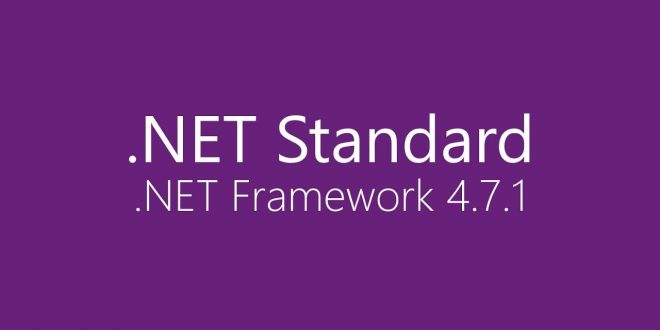 The Further Details on .NET Framework 4.7.1

As you might have expected, this programming language or framework has been specifically designed to improve several features the previous framework did have in their package. Yes, everything included on the framework is designed to meet such increasing need on better framework. That way, this framework is the best option you can muster and pick for the development of your website.

Perhaps some of you are wondering what improvisation and innovation the new .Net 4.7.1. has in itself that it can be considered one of the best frameworks for you to consider. In that case, such features are the Core, Common Language Routine, and Networking.

In comparison to other features the previous framework does have within its package, these features are considered to have much effect on the website performance. Therefore, you should really take these indicators into account in order to weigh in on the decision on which framework you should come with.

In addition, in case of core, the .Net 4.7.1 has the compatibility with the main core of all .Net frameworks, which is the .Net Standard 2.0. As stated before, this core framework has been designed to be able to cater all needs pertaining to better performance on the website. In comparison to several .Net frameworks that came before it, they usually were not compatible with the main core, which then implicates the performance on the website itself. By choosing this framework, you will automatically have good compatibility rates that suit all main frameworks you can name for the sake of better performance. Besides, you will also be able to do the manual configuration, so you can adjust the setting as much as you want.

In general, many programming languages or frameworks did only come with limited service on big sized garbage dumping. In fact, the dump files which are actually the by-products of the programming language and frameworks cannot be dumped perfectly. In that sense, it actually refers to the process by which you will have to dump the garbage by yourself or manually. With this service, you will be able to set the garbage files to be dumped when it reaches certain capacity you have set previously.

For the networking, there is actually one main networking setting all website or anything that pertains to it is compatible with. Moreover, it is actually the Message.HashAlgorithm. When a certain website or application setting comes with such networking language, it is rest assured that any language on the website can be read just perfectly well with such setting. For your information, .Net 4.7.1 does prepare itself with such language, making it suitable for all needs that pertain to the website.